Fox News: Cutting Trump Out Of Photo With Alleged Epstein Accomplice Was 'Error' 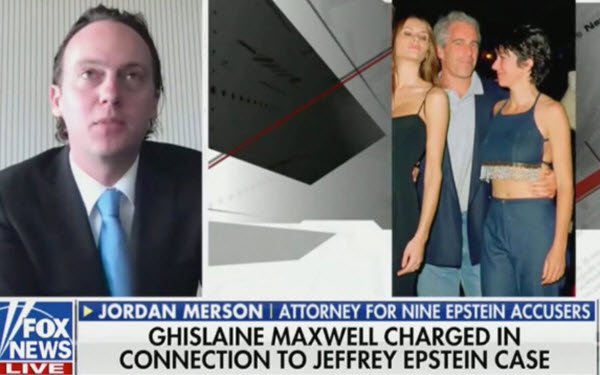 The cropped photo was used during a segment on Maxwell’s arrest that aired on July 5 on Fox News’ “America's News HQ.”

The cropped photograph — shown above along with an image of Jordan Merson (far left), attorney for some of Epstein’s accusers, who was being interviewed by Fox — shows Epstein with Maxwell at right and then-Knauss at left. It was taken at Trump’s Mar-a-Lago club in Palm Beach, Florida.

The original image, with Trump on the far left, is available online from Getty Images — as are other photos of Trump with Epstein, including one taken at Mar-a-Lago back in 1997, according to Gizmodo.

When Maxwell was arrested last week, the president’s son, Eric Trump, “taunted” former President Bill Clinton and former Secretary of State Hillary Clinton by tweeting a photo of Maxwell attending the wedding of their daughter, Chelsea, reports Mediaite, which republished the original Getty photo cropped by Fox News. “That tweet was eventually deleted after an avalanche of photos showing Epstein and Trump together were posted in response.” 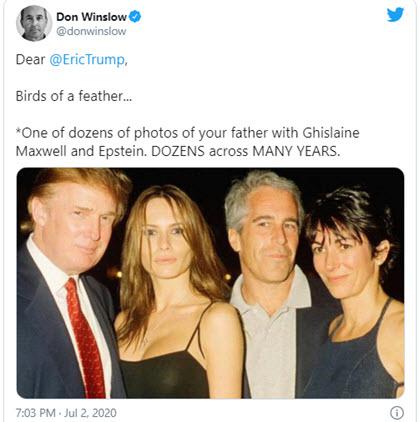 It’s unclear whether President Trump saw the “America’s News HQ” segment on Maxwell. However, it aired on the same day as separate Fox News coverage of Trump’s losing in swing-state polls, which triggered tweets from him complaining about Fox News’ weekend coverage and urging his followers to switch to watching competitive news channels.

Last month, Fox News apologized for digitally altering and misidentifying photos used on its website in coverage of racial injustice protests in Seattle. Fox issued the apology for the “errors” after The Seattle Times called out the misleading images.

news, politics, television
1 comment about "Fox News: Cutting Trump Out Of Photo With Alleged Epstein Accomplice Was 'Error'".
Check to receive email when comments are posted.
Next story loading