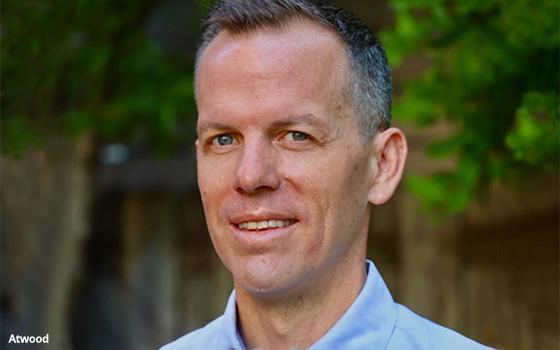 The amount of risky content serving on platforms continues to force some advertisers to defund news.

Atwood joined NOM on March 9, 2020, “around the day the NBA shutdown” as a result of COVID-19, he said. “I went from visiting our L.A. office to no longer traveling. I tried to onboard myself and get up to speed during a time when nothing is normal. I’ve got to know my team through Zoom.”

Prior to NOM, Atwood served on the leadership teams of Zefr, dataxu, iHeart Radio and AOL. He also had a seat on the Mobile Marketing Association (MMA) board.

Atwood said to stop ads from appearing next to risky content, humans must guide machine leaning.

“Brands are very concerned about it, but they don’t want to cut out huge tranches of ad inventory that limit the scale and increase the price,” he said. “They’re fearful of being seen as funding misinformation, especially with everything going on around Facebook, so they will cut all news from their media buy, which defunds journalism.”

There is no algorithm that can keep up with the subtle nuances of how content changes on YouTube, especially when someone begins describing something one way and then switches to another. For example, former President Barack Obama stopped referring to an Islamic terrorist group as ISIS, and started referring to the organization as ISEL, which is something an algorithm cannot pickup unless changes are made in the algorithm.

Too many articles use words in their headline that could show up in a legitimate news source. By the time the platform corrects for nuances, another pops up, he said.

Atwood joined NOM to solve the problem, in part, of brand ads serving up next to misinformation in an industry that he believes needs a new approach.

“You can’t solve this problem with one approach,” Atwood said. “The problem of brand suitability and content alignment is nuance. It’s based on natural language processing. You could have an advertiser wanting to serve their ad next to content about eagles, which could mean a band, a bird, or a football team.”

Or bears, for that matter, which brings up the subject of the Chicago Bears, a team Atwood had aspirations of playing for during his grade-school days.

When asked how his wanting to play for the Chicago Bears transitioned into becoming a CEO for a company in the advertising industry, he said “competitiveness and the willing to put in the hard work to excel at high levels to get results.”

As for the best piece of advice he’s received throughout his career: “The one in the room asking the most questions is probably the smartest,” he said. “While at AOL, Jim Norton said that to me. He’s a friend and a mentor.”