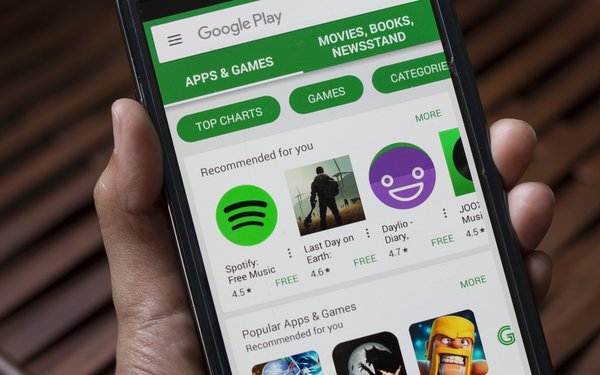 An Illinois Android user has sued Google for allegedly “monopolizing” the market for Android apps.

The lawsuit claims Google violates the federal antitrust law, as well as antitrust laws in more than a dozen states.

Carr alleges that Google uses “anticompetitive means” to hinder consumers from downloading apps that are not approved for distribution through the Play store.

Google's operating system allows Android users to sideload apps by downloading them from sources other than Play. But Carr claims that the Android operating system imposes “technological impediments” aimed at discouraging users from sideloading.

“Google ensures that the Android process is technically complex, confusing and threatening, filled with dire warnings that scare most consumers into abandoning the lengthy process,” the complaint alleges.

“But for Google’s anticompetitive acts, Android users could freely download apps from developers’ websites, rather than through an app store, just as they might do on a personal computer,” Carr adds.

The complaint claims a variety of Google's Play store policies are anticompetitive. Among others, Carr alleges that the fees Google charges to developers result in higher prices for consumers.

Google assesses a service fee of 30% of the price that app developers charge consumers for apps and in-app products offered through Google Play.

Carr describes these fees as “supra-competitive taxes of 30%,” and alleges the fees are “much higher” than “would exist in a competitive market.

She adds, “Google’s supra-competitive taxes raise prices for app developers and consumers and reduce the output of mobile apps and related content by depriving app developers of incentive and capital to develop new apps and content.”