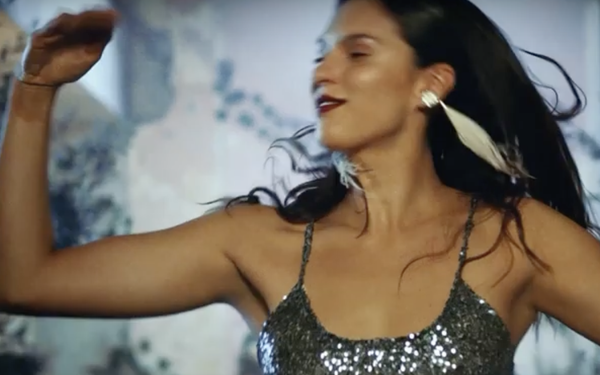 Could the ‘Tini be the latest dance craze?

In a musically infectious spot, Bacardi’s Grey Goose invites viewers to “Do the ‘Tini” as an on-screen group of partiers dance four moves -- “Le Chill," "La Goose," "Le Stir," and "Le Twist”--  to accompany the making of a vodka martini.

MullenLowe LA has produced :30 and :15 versions of the spot, titled “Vive Le Martini!,” which will run through December on CBS, NBC and Fox NFL games and prime-time entertainment shows, and then during E’s Grammy Awards coverage in January. Online, the campaign will run through December across Conde Nast outlets like GQ and Vogue, and on Vinepair, Spotify and Liquor.com. OMD is the media agency

The commercial, choreographed to the sound of Wilson Pickett’s “Barefootin’” from 1966, was directed by choreographer Ryan Heffington, a Grammy nominee for his work on music videos.

The spot is riding the wave of what Grey Goose calls a “global martini resurgence.” It cites Technomic research showing that one in every four on-premise cocktails is now served in a martini glass; Razorfish data that “martini cocktail recipes" are averaging over 60,000 monthly organic Google searches per month; and Tagger Data stats that use of the martini glass emoji on Instagram rose 250% in September over August.

Overall, the company said, its full range of gift packs will contain 50% less plastic than last year, part of a previously stated goal to 2023 goal of remove all single-use plastic from its gift packs and point-of-sale materials by 2023.

Bacardi said it’s achieving its aim through “new designs, which remove the need for plastic, and by replacing plastic inserts or trays with sustainable alternatives made from cardboard certified by the Forest Stewardship Council.”