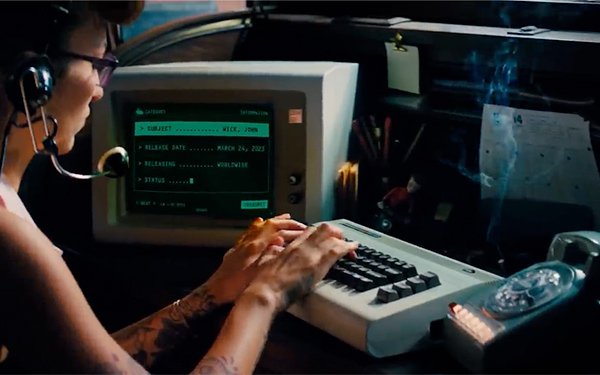 While you’re probably looking ahead to 2022 right now, Lionsgate executives and some action-thriller fans are eyeing 2023.

That’s when "John Wick: Chapter 4" premieres: March 23, 2023. For all of its forward-looking plans, the promo ad is surprisingly retro. Women work a switchboard and keep telephones under glass. Then they write — in longhand! — and update a chalkboard as a speaker announces: “John Wick is now in effect.”

The computer interfaces are the green-and-black variety popular in newsrooms in the early 1990s.

The movie, distributed by Lionsgate, was originally set for a May 2022 release, but has been pushed back. Filming for the sequel wrapped in October 2021. The last movie in the series, "John Wick: Chapter 3 — Parabellum," was released in 2019.

"John Wick" is a neo-noir action franchise created by screenwriter Derek Kolstad and starring Keanu Reeves as Wick, an orphan raised by the Russian Mafia to become an assassin. In the series' first incarnation, the hit man leaves retirement and goes after the men who broke into his home.