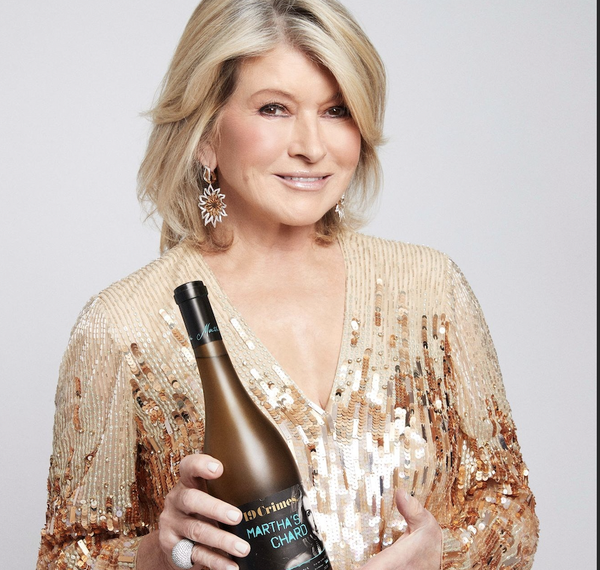 “Cheers to the Infamous.”

19 Crimes, known for its label images of 18th and 19th century British convicts exiled to Australia, has also appealed to wine’s elusive male millennial demo by turning its labels into animated living histories through an augmented reality app (developed with the Tactic studio and WPP’s Wunderman Thompson agency).

With a name evoking the 19, mostly minor crimes that would get Brits sent to Australia, the brand says its wines evoke "the rebellious spirit of the more than 160 ,000 exiled men and women, the rule breakers and law defying citizens that forged a new culture and national spirit….”

A case in point would be Jane Castings, whose 19 Crimes wine is named Hard Chard: “She was caught and convicted for receiving stolen goods of cheese and bacon in Leicester, England,” explains 19 Convict’s website.

This celebratory aspect of 19 Crimes also explains the brand’ s previous launch of two wines from Snoop Dogg, former gangsta rap pioneer who has had his own brushes with the law over the years.

Martha’s Chard, meanwhile, is the latest salvo in a busy January for Martha Stewart’s own brand, which was acquired by Marquee Brands in 2019.

For Stewart devotes not into indulging either wine or CBD, perhaps fine dining will suffice.

The venture with Caeser’s Entertainment will bring The Bedford by Martha Stewartto the Paris Las Vegas casino resort.

Designed “to bring Martha's famed country farmhouse in Bedford, NY, to life,” the 194-seat restaurant promises to “offer guests an authentic glimpse of how she lives and entertains in her own home. ‘