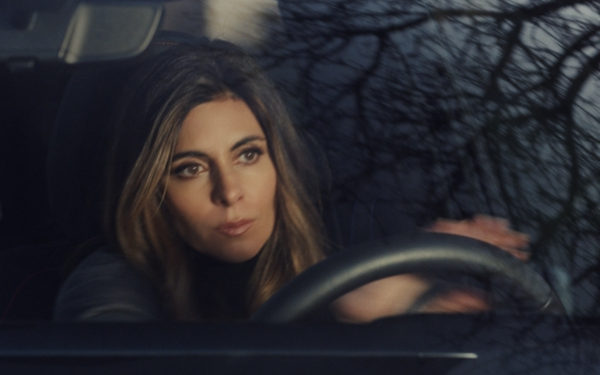 In an era when nearly every ad is milked in the weeks leading up to the Super Bowl, General Motors surprised viewers with a spot featuring the Chevrolet Silverado EV and several stars from “The Sopranos.”

The 60-second spot reimagines the opening sequence of the hit HBO series, which aired from 1999 to 2007 and has experienced a resurgence in popularity over the last two years among both repeat and new viewers.

It features the show’s familiar original theme song, “Woke Up This Morning” by British band Alabama 3.

“New Generation,” from Commonwealth/McCann, currently has more than 4.3 million views on YouTube alone.

The spot is being widely praised in outlets including Esquire, USA Today and Motor1, which proclaimed in its headline that Chevy “wins Super Bowl.”

These include Tony’s daughter, Meadow (Jamie-Lynn Sigler), driving the 2024 Silverado EV with a lollipop sticking out of her mouth instead of her father’s signature cigar.

The spot, which ends with Meadow plugging in the pickup to charge, includes a happy reunion between her and her brother A.J. (Robert Iler). It was directed by David Chase, show creator and director. Phil Abraham, director of photography for original title sequence, was also enlisted for the spot.

“The Silverado EV redefines our best-selling nameplate, while the spot envisions what the next generation of ‘The Sopranos’ might look like today,” Majoras says in a release. “The spot cements the Silverado EV’s position within American culture.”

Chevy also released a 2-minute behind-the-scenes video about the making of the spot.

The brand was last in the Super Bowl in 2015 with a spot featuring the Colorado pickup.

GM had a second Super Bowl spot this year featuring its electric vehicles and the original cast of the movie, “Austin Powers,” which debuted in 1997 and had two sequels in 1999 and 2002. The automaker teased that spot in earnest the past two weeks, but made no mention of the Chevrolet effort.