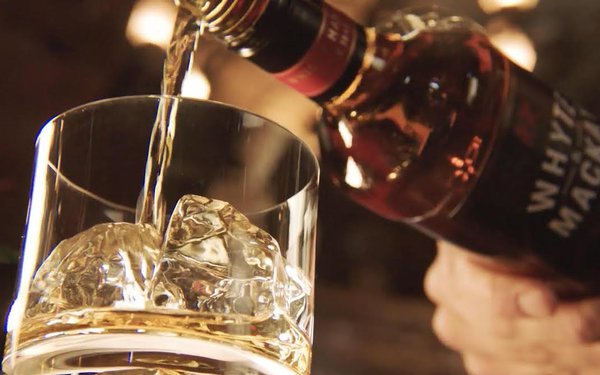 Recipe created the 30-second spot for the blended Scotch whisky, which claims a distinct triple maturation process. The agency has also done the brand's sponsorship idents for Quest and ITV’s “The John Bishop Show.”

The creative, targeting men and women 35-55, pays tribute to the process, show an actor getting smoother with each attempt. At first, the performer hesitates, as the director asks for a second take. As the set takes shape and the wardrobe looks more stylish, the actor improves.

It’s the third take that produces the right delivery, underscoring a triple maturation effort — just like the whisky.

The spot is running on Sky, Eurosport 1 and 2 and C4 partners. It will also run in programs for the French Open, Formula One and Sky’s series “The Staircase,” starring Colin Firth as convicted killer Michael Peterson, and “The Flight Attendant” with Kaley Cuoco.

The campaign runs until fall and is expected to reach at least 21.5 million adults.

“The end product is a campaign that fully encapsulates the fun and lighthearted spirit of the brand,” says Ruairi Perry, marketing controller of UK brands at Whyte & Mackay.

Republic Of Media is the company’s media agency.