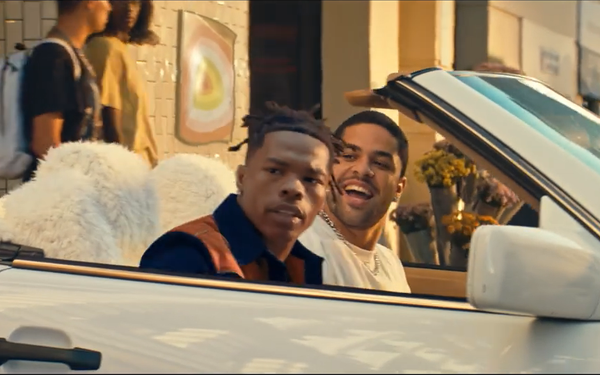 An ad by the Martin Agency, based in Richmond, Virginia, features a young man who wakes up and is accosted by an animated rabbit, who tells him “Hey yo, check this Axe,” and then throws him a sample.

The man then tries the sample and is blasted through his ceiling and into a car featuring Lil Baby and some animated rabbits.

In the end, the rapper lands on a platform with his paramour and a rabbit.

The ad comes as Lil Baby and Axe have also linked for a limited edition “WHAXE pack,” playing off Baby’s nickname, Wham.

It will include an exclusive WHAXE Apollo and Lil Baby deodorant stick, as well as a body wash, four-finger “WHAXE” ring, and WHAXE branded toothbrush.