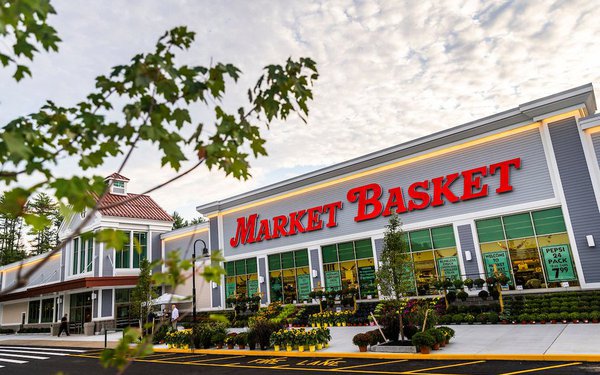 Those are just a few of the phrases Americans use to describe inflation, resulting in rapidly changing retailer preferences.

A new study from Dunnhumby shows shoppers currently see Market Basket as their best friend, rated as the top grocer for inflationary times.  Market Basket pushes Aldi -- a perennial favorite among the cost-conscious -- into the No. 2 spot.

Amazon, which typically ranks first for its long-term value proposition, didn’t even make the top-tier of grocers, a group of 17 stores that performed best. Traffic to its grocery offerings fell 6.5%.

The shifts come as 70% of the shoppers in the survey say they feel intense budget pressures at the supermarket.

Even small shakeups make a significant difference in the $1 trillion grocery category.

“Market Basket has shown itself to be the best performing retailer in these times of economic uncertainty, by being the best in the country at saving customers money while simultaneously building stronger emotional connections with their shoppers,” says Grant Steadman, president of Dunnhumby North America, in its report.

The customer data science company’s study looked at 69 retailers, with Market Basket scoring highest in the “save me money” component. Its analysis shows that, right now, that quality is five times more important to retail brands than the next-most-important drivers: “save me time” and “make it better.”

Two other scoring components -- “make it seamless” and “make it dependable” -- seemed to have little impact on retailer outcomes.

Market Basket is the only store to land in the top five in perceptions of base prices and mass promotions.

Walmart, with its “Every day low prices” positioning, ranks No. 15, with Walmart Neighborhood Market, a subset of its stores, and No. 16, Walmart. Trader Joe’s places at No. 17.

The report says current inflation rates put premium brands, such as Wegmans and Sprouts, at a disadvantage. Inflation is also pressuring regional chains that rely on quality-first messaging, such as Publix and HarrisTeeter.

The club channel, which includes Costco, Sam’s Club and BJs Wholesale, is less appealing, with the channel underperforming the rest of the category, and visits declining 1.9% so far this year.

The study, based on 18,000 grocery shoppers, began surveying customers in October of last year, as inflation began to increase more rapidly, with a second survey that concluded in June. It then combined the data with foot traffic results from Pacler.ai, and web traffic, sourced from Similarweb.