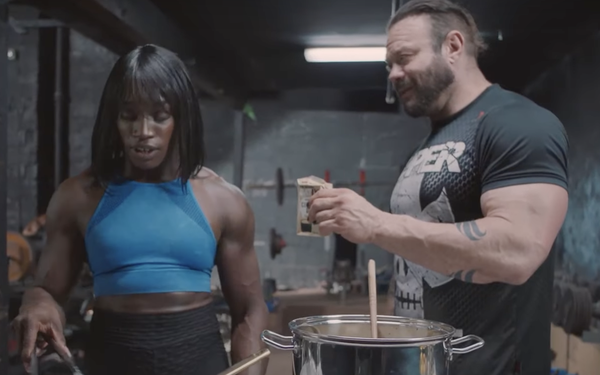 Oatly has launched the first season of a cooking show on YouTube to convince skeptics to consider swapping its plant-based products for traditional dairy-based ingredients.

The four episodes in the “Will It Swap?” series average about seven minutes in length and are not meant to be viewed like commercials, according to Oatly global editorial director Jeremy Elias.

“It allows us the ability to create longer-form content in a place where people are used to sitting down for an episode,” Elias tells Marketing Daily.

“If we want to push for real, substantive change we need people to shift behaviors beyond just what they put in their cereal and coffee.”

The people shown experimenting with Oatly include a pro wrestler, a former corrections officer, an Armenian chef and an Indian woman who uses Oatgurt in place of yogurt to create the curry dish Dum Aloo.

In creative handled in-house by Oatly, the former corrections officer, Vic Zagami of Brooklyn, New York explains how his daughter once convinced him to try quinoa.

After he ate it—accompanied by a piece of sausage—he decided “Oh, horrible. I hate that.”

From there, cameras catch the action as Zagami agrees to make Italian cream puffs and other dishes using Oatly’s Full Fat Oatmilk and Whippable Creamy Oat.

At the end, Zagami agrees plant-based products can swap out successfully for dairy.

In this episode, wrestler Chris “The SuperBeast" Crotte teams with professional body builder Sumyra Ford to cook an “experimental” dairy-free salmon stroganoff that also ends up as a successful swap.

According to Oatly’s Elias, YouTube is the hub of the “Will It Swap?” campaign because of the popularity of cooking shows on the platform.

The company has greenlit season #2 of “Will It Swap?", to be shot in Europe.