Q&A: For The Wealthy, 'Ingrained Conservatism' 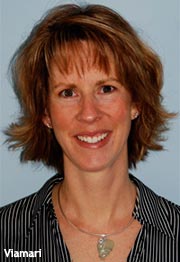 While much of the ongoing research on consumer confidence and spending patterns is predictable, the latest report from SymphonyIRI turns up some unexpected good news (consumers are significantly more upbeat in many ways) as well as some serious changes among more affluent shoppers. Turns out they don’t feel very affluent. But they do feel more in control of their spending. Susan Viamari, editor of Times & Trends, SymphonyIRI, tells Marketing Daily more about the Chicago-based market researcher’s findings.

Q: So things are looking up, moodwise?

A: Yes. The upturn in our fourth-quarter results shows that the sentiment about things getting better is real. We ask them about many things, including the price of gas, personal credit, their property’s value, and is it a rosier picture. In Q4, 20% of surveyed shoppers said they expect the economy to improve during the next six months -- a jump of 4 percentage points over Q3. That’s still well below expectations expressed in the first quarter of 2011. So they’re not huge changes, but things are inching upwards, and folks are cautiously beginning to think, 'Okay, the economy is getting better.’

A: So I think there has been this ongoing tendency to think they were less affected by the downturn, and that it wasn’t as big a deal for them. That’s not true. They are also having to make changes and sacrifices. And they’re conservative shoppers; we are calling it “ingrained conservatism.” For example, among those earning more than $100,000 a year, 35% say they purchase at least 50% of their baskets on some kind of deal.

Additionally, deal-seeking behavior is on the rise: 20% of those wealthier shoppers purchased more goods on deals versus one year ago. We think that means it’s a great time to be launching products and services aimed at this market. And it’s also interesting to see how many feel good about money-saving strategies they may have felt cornered to try, that they now like, including buying private labels. It’s been an “Aha” moment for those shoppers. They’re often saying they don’t miss the way they shopped before.

Q: What else has changed?

A: We’ve learned a lot of neat things on this round, including how consumers are really embracing all sorts of digital tools to build on savings they’ve been getting from traditional media. They’re not abandoning traditional media, like store circulars, but they are notching up their savings. So that’s cool to see.

For example, overall use of newspaper circulars from home grew 6 points, from 43% to 49% in the fourth quarter. Online advertising influence grew by 3 percentage points to 11% in just one quarter (Q3 vs. Q4). And recommendations from blogs or social networking sites also increased 3 points, from 5 to 8% during the year.