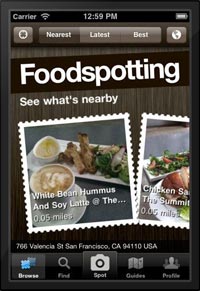 In what appears to be a slow stream of modest mobile acquisitions since its billion-dollar buyout of Instagram, Facebook quietly adds another small piece to its post-PC puzzle. Pieceable, which makes a tool for demo-ing native iOS apps in a Web browser, is joining Facebook, the founders announced on their company site. “We can’t wait to begin working with the Facebook team to help our friends, family, and more than 900 million others connect and share in new ways," gushed Fred Potter, Bob Ippolito and Jameson Hsu in a statement.

The company claims to have served over 800,000 app demos in its one year of existence. The Pieceable Viewer was a way that developers could load preliminary versions of their apps to a Web environment to demo them without installing on iPhones using the kludgy UDID-based approach to beta distribution. Customers have used the tool as a sales device or simply as a demo system when communicating with clients. The company has a monetization model in place, as it charges developers for tiers of service ($30 or $60 a month) to serve escalating numbers of users.

Facebook did not buy the app itself or the technology in this deal. They are getting talent most of all. In fact, the trio announced that the original Pieceable Viewer will be issued shortly in an open-source format that can be run on a company’s own hardware. The Pieceable servers will shut down at the end of the year.

Facebook has been focusing on small and young mobile firms in recent acquisitions. Karma, Lightbox and Glancee teams have joined the social network company just this year.

The Pieceable acquisition underscores Facebook's eagerness to get into the app ecosystem. The company just launched its own cross-platform App Center this week, which distributes social and mobile apps from Apple, Android and Facebook's own app platforms. The company claims that it is responsible for routing millions of users to app downloads. Pieceable's talent could well be used to enhance the App Center experience with in-line demos and offer developers ways to highlight their apps uniquely in the Facebook store.