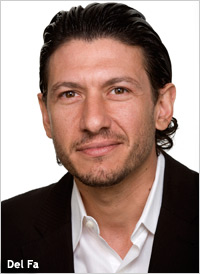 GroupM has created a new unit designed to help beef up the operation’s multicultural offering. It will be led by Gonzalo Del Fa, currently managing director of MEC Bravo, the Hispanic specialist unit at GroupM media shop MEC.

The new unit is called GroupM Multicultural. Effective immediately, the heads of the individual multicultural operations at GroupM shops Mindshare, MEC, MediaCom and Maxus will report to Del Fa.

As part of a broader expansion of its multicultural practices GroupM said it would be adding both staff and new resources to help multicultural specialists at its agencies serve clients better. Del Fa will oversee that expansion.

Among the new tools is a proprietary multicultural segmentation software package that can target audiences by traits, such as language and level of acculturation, and by predictive factors like attitudes and behaviors.

Also being rolled out is a new optimization platform called Optima, for allocating brand budget across general markets and different multicultural audiences, based on factors such as audience size, share of sales, media influence and brand awareness.

In addition, the shop has developed a new single source data platform that combines audience viewing behavior with purchase data to assess the impact of media on multicultural purchase activity.

“The time has come to raise the stakes," stated GroupM North America CEO Kelly Clark. “The multicultural consumer market is already significant to most marketers. It will become even more important in the next few years, and that’s why we’re taking major steps to increase our resources and expertise in this crucial area.”

Del Fa joined GroupM in 2003 as managing director of MEC Argentina. In 2006, he moved to New York to launch MEC Bravo. Prior to joining GroupM, he worked for Editorial Televisa as publisher at its New York office. Previously, he was the marketing and sales manager at Argentina media company Hachette Filipacchi Agea. He began his career at American Express Argentina.