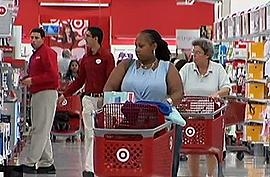 Healthier food options such as Subway and Chick-Fil-A and brick-and-mortar shopping at Target and Walmart were some of the areas where Millennials defied the assumptions marketers make about them in a new report from Concentric Marketing.

Despite studies showing that over one-third of this generation is considered obese, Millennials in this study were very nutritionally knowledgeable.

Nearly 60% cited the importance of monitoring caloric intake, protein, fat grams and sugar grams in their diets. They are also eating out less and cooking at home five or more times per week. When they do eat out, they showed a preference for perceived healthier options such as Subway, Chick-Fil-A and Chipotle.

Although this generation is digitally adept and shows a bias for convenience, they still prefer a traditional brick-and-mortar shopping experience over e-commerce for the majority of their regular purchases.

When asked for the type of store they prefer to shop the most, nearly 60% cited the traditional grocery store and mass merchants such as Target and Walmart.

The recent study was conducted around the brand attitudes, shopping habits and preferences of Millennial consumers.

While over 96% of college-age Millennials have a Facebook account, nearly half of them stated they didn’t believe brands should be on social media. Nearly 70% report following three or fewer brands across all social media channels.

In the face of being dubbed a “brand agnostic” generation by former studies, 17- to-32-year-old Millennials are surprisingly pragmatic in forming their perceptions around brands and are heavily influenced and loyal to brands introduced to them by their parents.

“As marketers, we must find a reasonable level to cluster diverse populations like these into meaningful groups,” said Bob Shaw, Concentric Marketing president, in a release. “We must recognize true differences and nod to the nuances to find the right balance of segmentation and generalization.”

These insights lead to micro-targeting, improved messaging and efficiencies in reaching this coveted consumer, he adds.

This study was completed on behalf of hago, an experiential and sampling firm with a specialization in reaching college students across the U.S. It was conducted through an online panel format and included nearly 900 respondents representing 54 college campuses. Respondents ranged from age 17-32.