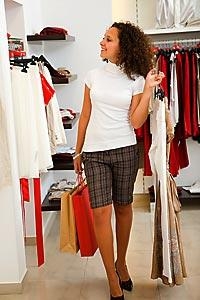 E-commerce may not have taken off on Facebook, but a new study suggests that retailers can still use the social network to drive sales.

The average return on investment (ROI) for retailers advertising on Facebook so far this year is 152%, with click-throughs in the third quarter up 3.75 times from a year ago, according to a new report by Facebook strategic Preferred Marketing Developer (sPMD) Nanigans.

The findings are based on more than 150 billion impressions across desktop, mobile and the Facebook Exchange (FBX) from 100 online and traditional retailers.

The study defines ROI as return in sales revenue on the cost of Facebook ad spend through the first nine months of 2013. The click-through rate for retailer ads increased to .20% in the third quarter of 2013 from 0.05% a year ago, and 0.14% in the prior quarter. Nanigans attributes the increase from 2012 partly to Facebook broadly launching unpublished Page post ads in the news feed.

At the same time, pricing has gone up. Retailer advertising CPMs have increased to 89 cents from 33 cents a year ago, with rates typically spiking in the last month of each quarter. “This is likely due to heightened demand for inventory at this time as brands and agencies rush to meet quarterly volume goals,” the report stated.

Despite the rising CPMS, the firm notes ROI has remained healthy. When it comes to cost-per-click (CPC) rates, the level appears to have normalized at 45 cents in recent quarters, with the average revenue-per-click (RPC) coming in at over $1.

Mobile advertising has made up a growing share of overall advertising on Facebook, and retailers are starting to get on board. They allotted 18% of overall Facebook ad spend to mobile in the third quarter. That’s up from 14% in Q2, but down from 22% in Q1. The study showed that ad pricing results vary by mobile operating system, with iOS delivering better returns than Android.

“Retailers should test multiple strategies to understand what resonates best with their customers, focusing on downstream metrics, like RPC and ROI, as opposed to upper funnel metrics like CTR,” stated the report. The study showed that domain ads on Facebook linking to external sites had the highest average ROI -- at 211% -- despite having a far lower click rate (0.04%) than unpublished Page post ads.

ROI on the Apple platform averaged 162% through the first nine months of 2013 versus negative 10% on Android. Likewise, iOS had an RPC of 94 cents versus 15 cents for Android. However, the Google platform had a higher click-through rate at 2.73% compared to iOS’ 1.25%.

On a CPM basis, costs were roughly equivalent on the two mobile platforms, at an average of $4.87 for Android and $4.99 for iOS. On a CPC basis, however, iOS was more than twice as expensive, at 40 cents compared to 18 cents. While retailers have lagged other sectors in embracing mobile advertising on Facebook, Nanigans noted that the number of retailers tracking mobile sales revenues tripled from Q1 to Q3.

The share of retailer Facebook budgets dedicated to the news feed has grown steadily, from 35% to 74%, during the same period. Engagement rates for ads in the news feed on desktop and mobile had a 26.4 higher click rate than ads in the right column.

While highlighting both returns and engagement metrics, Nanigans emphasized that click-through rate should not serve as a proxy for ROI. Male audiences, for example, have averaged 15% higher CTRs than female audiences for retail ads, but have 26% lower ROI than female users.