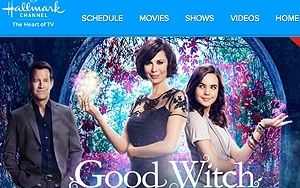 Crown Media Holdings -- home of the Hallmark Channel -- went in the opposite direction of most bigger cable network groups in its most recent reporting period. It earned double-digit percentage gains in advertising revenues during the fourth quarter 2014 period.

Advertising revenue climbed 14% to $111.1 million during the period and 11% for the full 2014 year to $327.7 million. The company says rising performance and pricing, particularly on Hallmark Movies & Mysteries, was the reason.

Subscribers fees climb at a much lower rate than advertising -- also opposite that of most bigger cable network groups -- inching up just 1% to $82.9 million for 2014. For the fourth-quarter subscriber fees dipped to $20.3 million versus $20.5 million.

Both Hallmark channels witnessed strong viewership during the fourth-quarter holiday period. The Hallmark Channel tied for third place in ratings for all prime-time TV viewers in the fourth quarter, pulling in an average 1.5 million viewers, while Hallmark Movies & Mysteries was in 24th place and 418,000 average viewers.