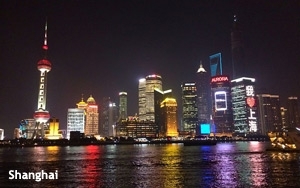 The office will be led by Douglas Lin as CEO and Jon Ip as CCO, formerly of TBWA's Digital Arts Network China and Saatchi & Saatchi China, respectively. KBS China will oversee existing agency clients, supporting international accounts and will work to help companies across Asia-Pacific expand regionally and internationally.

The agency is tailoring this location to cultural attitudes. For example, the office has adopted a Chinese brand name and logo-- “ (Shihua).”

“These two selected Chinese characters best illustrate our global belief -- to ‘do things that matter,’” said Ip. “We based the design of our logo on the traditional Chinese stamp and believe that together this logo represents our belief in a Chinese culture-specific interpretation.”

KBS China launches with eight full-time employees -- including creative, technology, social, PR and finance experts -- and KBS leadership aims to have upwards of 20 employees by the end of 2015.

Commenting on the expansion KBS Global CEO Guy Hayward said, "We are already working with some of our clients in the region, but the opportunity goes beyond our existing client roster. On top of that, as we develop globally, it is important to find the best talent. Some of the world’s best talent is here in Shanghai. Opening an office here allows us to attract some of that talent, to work with existing clients in this region and to attract new clients."

In December the agency signaled that it would be expanding to Shanghai early this year with TE Connectivity as its anchor client. KBS won the TE business last year. The client makes sensors and other electronic equipment for a variety of industries.