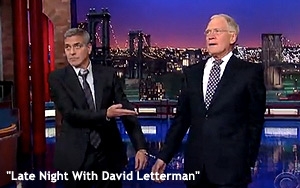 Closing in on the show’s final days, “Late Show with David Letterman” tops other late-night shows among all viewers -- as well as making gains among younger audiences.

For the most recent week ending May 8, “Late Show” pulled in a Nielsen average 3.82 million viewers -- the best of all late-night broadcast shows. It is also just over a million viewers higher than its season-to-date average of 2.83 million.

CBS’ “Late Show” also helped boost its companion late-night show at 12:35 pm., CBS’ "Late Late Show with James Corden," to better results over its competition: 1.43 million viewers to NBC's "Late Night with Seth Meyer," which had 1.2 million. For the season, NBC's  “Late Night with Seth Meyers ” still leads, at 1.53 million viewers versus the “Late Late Show,” which had 1.39 million.