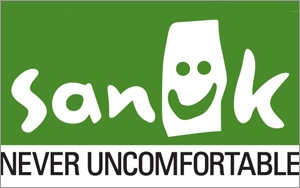 Surfer shoe brand Sanuk and its agency Ignited are raising the shoe brand's awareness through both traditional and non-traditional tactics in order to expand the brand's philosophy to new consumers.

This week Ignited created a viral product placement promotion with Jimmy Kimmel that featured Kimmel's Cousin Sal teasing random bystanders enticed with the opportunity to receive free Sanuk sandals. The pre-recorded clip showed people standing in a "circle of comfort" while withstanding various challenges, like being hugged by a stranger or having someone breathe in their face after eating an onion.  The concept was designed to demonstrate that no matter how uncomfortable a situation, Sanuk shoes will always keep people comfortable. The spot can be seen here.

"They are not your typical footwear brand," says Eric Springer, Chief Creative Officer at Ignited.  "So we didn’t give them your typical advertising campaign. The brand challenge was simple: Reach a broader audience than the surf crowd Sanuk already owns and expand the brand from the beaches of Southern California to the heart of America."

Instead of a traditional TV spot, Ignited and Sanuk chose to go the more unique route of creating a branded segment on a popular late night show in an effort to convey Sanuk’s comfort messaging in an organic and humorous way, says Springer. "We worked with Jimmy Kimmel, his writing team and his cast of characters (Cousin Sal) to weave Sanuk and the Never Uncomfortable campaign into a bit for the show. This was a smart way to make Sanuk reach a national audience on a shoe-string budget and make it feel like a $2 million media buy."

In addition to the TV viewers, the clip has been viewed more than 52,800 times via YouTube. The effort will be supported with an integrated digital and social campaign.

At the same time, Sanuk and Ignited have launched the Always Sanuk global campaign to promote the brand during its peak summer selling season. The multi-faceted initiative includes partnerships with online lifestyle and endemic media brands such as Pandora, Spotify and GumGum as well as on-site event activations at places including Wanderlust Festivals, Greenroom Festival, and the Portland Boulder Rally.

Ignited has worked with Sanuk since 2013. Sanuk parent, Deckers Outdoors, which also owns Ugg and Teva, spent $86.5 million on advertising in 2013, up from $78.5 million in 2012, according to its most recent financial records.