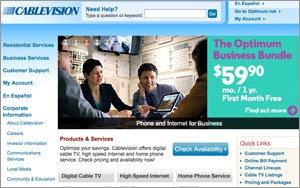 French media giant Altice will buy Cablevision Systems Corp for $17.7 billion in cash. The deal had been rumored for some time.

In May, Altice had agreed to smaller cable operator Suddenlink for $9.1 billion. Suddenlink had been previously attached to Time Warner Cable as a suitor.

Altice says the combination of both companies will make up the fourth-largest cable U.S. operator. Cablevision has 2.6 million subscribers; Suddenlink has 1.5 million.

After market trading of Cablevision Systems on Wednesday, company shares soared. The value of the deal comes to $34.90 a share, which is a 22% premium over Wednesday’s closing price.

The Long Island, NY- based Cablevision was founded in 1973 by Charles Dolan. James Dolan, chief executive officer of Cablevision Systems, stated: “Now, nearly half a century later, the time is right for new ownership of Cablevision and its considerable assets. We believe that Patrick Drahi [president of Altice N.V.] and Altice will be truly worthy successors.”

Cablevision has spun off business in recent years --- including The Madison Square Garden Company in 2010, owners of the New York Knicks and New York Rangers. MSG recently moved to spin off its media business, MSG Network, the regional sports network. In 2011, Cablevision spun off AMC Networks as a public company.

The Dolans continue to own equity in those businesses; none of those units are part of the deal with Altice.