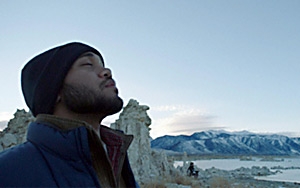 Making a big leap from buying local and regional TV, SunTrust Banks will buy its first national TV Super Bowl commercial, which will air next month.

The Super Bowl commercial, created by New York-based StrawberryFrog, focuses on financial stress and how to alleviate it. SunTrust says currently nearly 75% of Americans are experiencing financial stress.

Johnson: “It’s different than anything we have done before. It’s not business as usual. It’s not a product ad. It’s not a traditional brand ad. It’s to raise awareness about an issue and inspire people to take a step toward financial confidence.”

SunTrust’s 30-second Super Bowl commercial will air at the two-minute warning of the fourth quarter of the game -- the last spot in a commercial pod before the telecast returns to football action.

Media executives say CBS, which will air the game on February 7, is getting a record price for a 30-second TV commercial: $5 million.