Advertising Absent From Most OTT Services 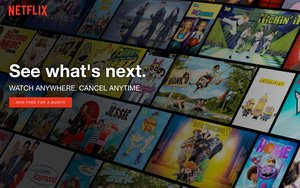 Some 55% of current OTT services don’t have advertising as part of their business model, selling to consumers just on a fee-only basis, according to Parks Associates. Netflix, Amazon, HBO Now, and Hulu’s non-advertising option, are major factors contributing to this result.

Advertising-based OTT services -- such as CBS All Access -- comprise an estimated 10% to 15% of the entire OTT market. Around the same share levels exist for other OTT categories -- subscription/transactional OTT; transactional OTT, and “free” video services.

At the end of 2015, Parks says about 20% of U.S. broadband homes had cancelled at least one OTT video service during the previous 12 months.

Growing levels of password sharing with OTT services is a problem for companies.

Recently, a U.S. Court of Appeals ruled that sharing passwords without authorization is a now a crime under the U.S. Computer Fraud and Abuse Act. Parks estimates there was revenue losses of more than $500 million in 2015 from password sharing.