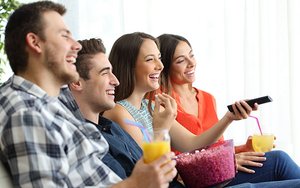 “The expanded reach for Fox News and CNN is unsurprising, given the election, but the expansion in reach among broadcast networks suggests some degree of success in airing programming that appeals to younger viewers,” writes Brian Wieser, senior research analyst of Pivotal.

Reach refers to the total number of different people or households exposed at least once to a medium during a given period. It is important for marketers, says Pivotal’s Wieser because the aim for media buying packages is to have “less unintended duplication.”

Major broadcast networks have a reach of 85% to 88% of households watching each network for at least one minute during the month. On a overall viewer basis, the reach range is 72% to 75%, which fell slightly versus a year ago.