Mayer Resigns From Yahoo Board, Remaining Assets To Become Altaba 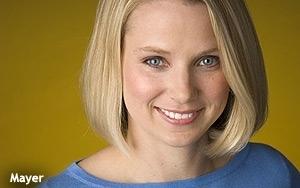 At the close of the sale of Yahoo's "core assets" to Verizon, the remaining portion of the Internet icon's business will become Altaba.

The United States Securities and Exchange Commission filing published Tuesday also reveals the size of the Board will be reduced to five directors: Tor Braham, Eric Brandt, Catherine Friedman, Thomas McInerney and Jeffrey Smith. Brandt will serve as Chairman of the Board.

Yahoo CEO Marissa Mayer will step down, along with Yahoo co-founder David Filo; Eddy Hartenstein; Richard Hill; and Jane Shaw; and Maynard Webb will resign on closing of the sale.

Yahoo will keep its 15% stake in Alibaba and 35.5% stake in Yahoo Japan. Both will remain under the new investment company Altaba as the rest of Yahoo integrates with Verizon, according to one report.

Altaba will hold $36 billion in shares of Alibaba after Verizon takes control of the rest of the company.