Why TV Spending Went Down In 2016 Political Advertising 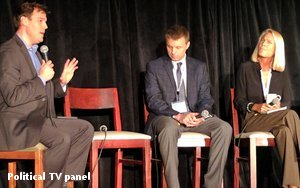 “In terms of TV being down, I think you really have to attribute it to master negotiators beating the stations down,” said Angle.

Another factor was simply leveraging the TV calendar to commit buys during softer rate-card periods -- “booking in June, July -- or even, in some cases, May -- to get the best rate.”

Angle said he did not really see a fundamental shift in the political media mix, and attributed most of the dollar-share changes to more effective and efficient TV buying.

“There’s more to it than just people not spending money in TV,” he explained.

“We have to go with media consumption habits,” she said, adding: “That’s happening across-the-board, not just in political.”
ad spending, advertising, politics, tv
Next story loading