'The Guardian' Launches Email Newsletter, 'The Week In Patriarchy' 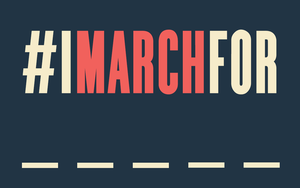 The Guardian launched a new email newsletter on Friday, The Week in Patriarchy, on the eve of the Women’s March this weekend.

The weekly newsletter will report on feminism and sexism from around the world, including political news and pop culture.

“In the wake of Donald Trump’s win -- a tremendous political and cultural loss for women -- I’ll keep you up to date on the worst news, the best news, and everything in between to help you cope with the next four years,” writes Jessica Valenti, a feminist author and columnist for The Guardian.

Valenti, the main writer and curator of The Week in Patriarchy, released the inaugural newsletter on Friday.

It included a collection of information on the Women’s March, recommended reading, and a cathartic video of a baby turtle attempting to eat a rather large strawberry.

The Women’s March on Washington this Saturday is expected to be one of the largest demonstrations in American history. In addition to the thousands of marchers expected in the nation’s capital, more than 600 regional sister marches are also expected around the world and across all seven continents, according to event organizers.

Millions are expected to march in solidarity, and local events can be researched online.