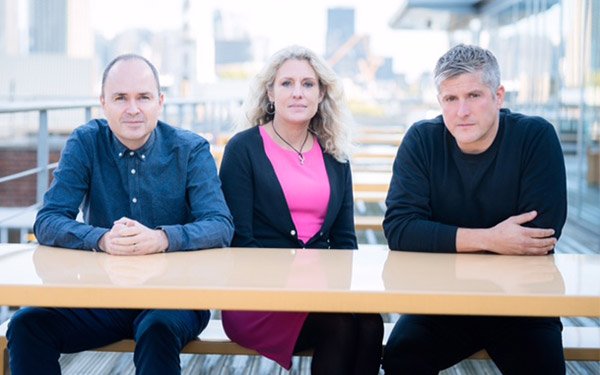 TBWA Worldwide is acquiring a majority stake in UK creative agency Lucky Generals. Terms of the deal were not disclosed.

TBWA will form a new TBWA UK Group, which will consist of Lucky Generals and TBWA\London. Both shops will continue to operate as two separate brands within the new group.

Lucky Generals’ founders, Helen Calcraft, Andy Nairn and Danny Brooke-Taylor, will remain in their existing roles at Lucky Generals and retain a significant minority share in the company. They will report to Troy Ruhanen, president and CEO of TBWA Worldwide.

The acquisition, and how it is being aligned in the UK, is similar to the group’s approach in Germany, where TBWA and HEIMAT (acquired in 2014) operate a similar two-pronged strategy.

Talks between the two companies initially began last year. Lucky Generals, a 52-person agency, sought alliances that would enable it to preserve its culture and remain autonomous, yet receive benefits from an international network.

Founded in 2013, Lucky Generals has experienced a period of substantial growth over the last two years with clients including Amazon, Paddy Power, Betfair, Hostelworld and Unilever.

"This deal will allow us to preserve our unique culture, build our brand and grow,” says Calcraft. “Most important, with the support of Omnicom and TBWA, we will be able to better deliver on our clients’ needs in the UK and around the globe."