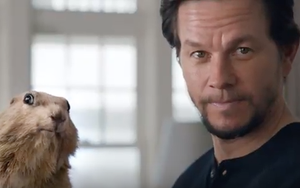 AT&T is looking to shift its perception as a communications company to an entertainment gateway with a new campaign featuring Mark Wahlberg.

“This is the first time we’re brought all our product lines together under one campaign with the same message,” Valerie Vargas, vice president, advertising, AT&T Entertainment Group, tells Marketing Daily. “AT&T means unlimited entertainment.  As wireless companies duke it out on unlimited data, [we’re changing] the game with something our competition can’t match.”

The “Terms and Conditions” effort, from agency BBDO, features Wahlberg speaking directly to the camera as action from movies and other entertainment happens around him. Speaking on behalf of of consumers, he says they (consumers) have “updated their terms and conditions.”

Among some of the new declarations: a television will no longer be defined as “that thing over there on the wall” and will instead include a multitude of devices; shows and movies will also be available anywhere; live streaming will also be readily available; and all programming will be available whenever, wherever and however.

Throughout the ad, Wahlberg encounters various pop culture stars, such as Tracy Morgan, James Marsden (playing his repeatedly killed character from Westworld) and a children’s character. The spot concludes with AT&T’s promise of DirecTV, Internet and wireless services from one provider and “entertainment your way.”

Other spots in the campaign have Wahlberg touting the idea of “unlimited,” not just in terms of wireless data service, but also in entertainment options on the go; and the ability to watch TV in any room (and elsewhere).

“Our goal is to be the best for everything you love in entertainment, as you’ll see in our ads with Mark,” Vargas says. “The campaign highlights entertainment your way. We’re working to develop and produce content that appeals to a broad set of demographics — there’s something for everyone.”

The company and agency developed the “entertainment your way” concept for the campaign before approaching Wahlberg — with whom they had struck a partnership in March — and director Peter Berg about the best ways to get the message across before shooting the ads.

“Mark brings a relatable and no-nonsense approach to the campaign,” Vargas says. “He doesn’t just speak to consumers, but connects with them in a down-to-earth and authentic way.”