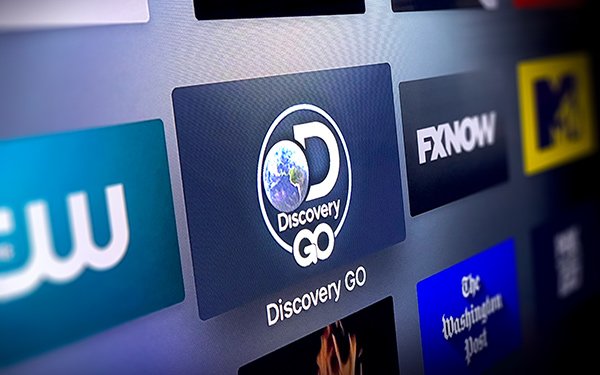 Last month Discovery closed its acquisition of Scripps Networks Interactive, and the upfront served as the first formal event bringing the two companies together.

Discovery CEO David Zaslav was flanked on stage by almost 70 stars from the combined company’s portfolio of channels, from Martha Stewart and restaurateur Guy Fieri on the Food Network to "Mythbusters" host Adam Savage and the custom-motocycle-building Teutuls from Discovery Channel.

The company announced lineups filled with the TV equivalent of comfort food, with a slew of older shows being rebooted, like “American Chopper” (with those Tetuls) and design show “Trading Spaces.” Savage will host a spinoff of the “Mythbusters” franchise for Science Channel, while Stewart will join the judging table on “Chopped.”

The message for the evening was “advertising works here,” with the company touting its prowess at reaching viewers in a live environment.

“Consumers are watching more video content than ever before,” Discovery’s chief U.S. ad sales officer, Jon Steinlauf, said at the event “They stream, they binge, they timeshift, they L+7, they L+35. While TV remains the most powerful marketing and branding tool in media, it remains harder than ever to reach your audience live.

“Bottom line, there are two worlds: one where it is difficult to get your ad seen, and another, where it is not. Discovery and Scripps were two companies with both feet planted in the right world.”

Steinlauf said research shows 97% of the company’s ads were watched live, rather than time-shifted, making them more closely related to news and sports than entertainment programming.

“Our audience not only expects to see commercials, they welcome them,” he added. “No matter the platform or device, in our environment your message is seen as a resource, not an interruption.”

That message was reinforced after the presentation, when talent from the roster of channels took selfies with advertiser attendees, who noshed on buffets featuring Food Network-appropriate fusion cuisine.

As attendees left the party, they were handed a stuffed shark, representing Discovery’s Shark Week franchise. The shark was wearing an apron, with the logos of all the company’s brands emblazoned on the front.