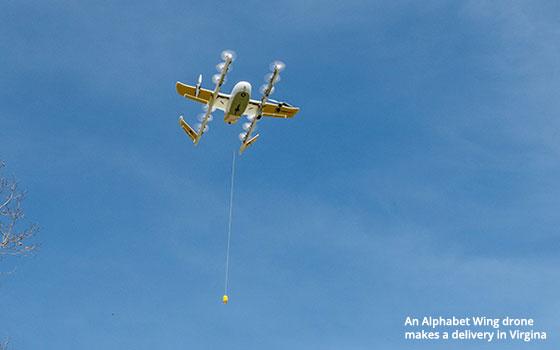 The FAA certification means that Wing can start a commercial service delivering goods to U.S. homes from local merchants.

“This is an important step forward for the safe testing and integration of drones into our economy,” stated U.S. Secretary of Transportation Elaine L. Chao. “Safety continues to be our number one priority as this technology continues to develop and realize its full potential.”

The certification requires Wing to submit evidence that its operations are safe, according to the announcement by Wing.

“Our drones have flown over 70,000 test flights, and more than 3,000 deliveries to doorsteps, driveways and backyards of our customers in Australia,” states Wing Aviation.