Proposed Privacy Bill Would Give Consumers Broad Rights Over Data 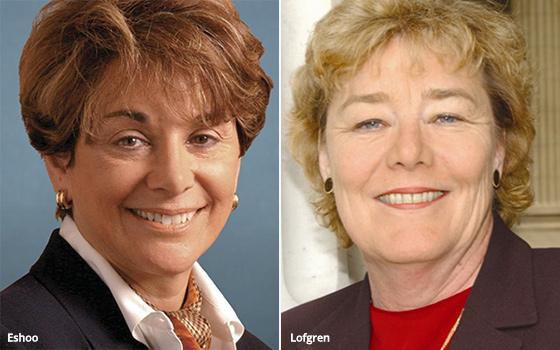 A federal privacy bill proposed Tuesday would give consumers nationwide new rights over how data about them is collected and used by companies.

The proposed Online Privacy Act (H.R. 4978), introduced by Reps. Anna Eshoo (D-California) and Zoe Lofgren (D-California), is similar in some respects to California's new privacy law, but appears to give consumers even broader rights than the California measure.

The 132-page proposal unveiled Tuesday would enable consumers to access data about themselves, as well as to correct, delete and transfer the data.

Among other provisions, the measure would prohibit companies from selling or disclosing consumers' personal information without their explicit consent, and would require opt-in consent before using personal data for “machine learning” or algorithms.

The bill specifically limits companies “from using data to build behavioral profiles without consent,” according to a one-page summary released by the lawmakers.

That summary also says the measure would outlaw the use of “private communications” -- including emails and web traffic -- for “ads or other invasive purposes,”

California's law allows consumers to learn what personal information about them is held by businesses, request deletion of that information, and opt out of its sale to outside companies. The law's broad definition of personal information includes web-browsing activity and other data used for targeted advertising.

But the measure has some ambiguities regarding its definition of “sale” -- including whether the term applies when companies transfer data to facilitate ad targeting.

Ad companies have already suggested that they plan an aggressive interpretation of the potential loopholes.