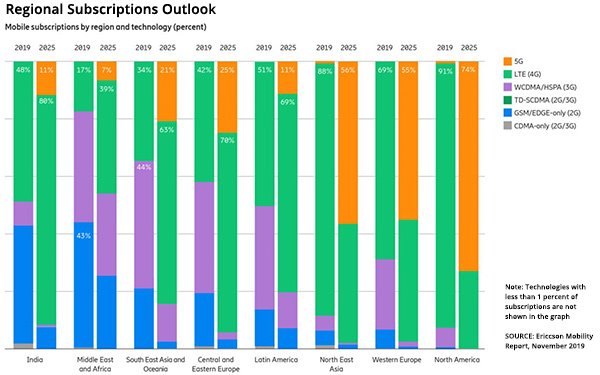 By the end of 2025, there will be 2.6 billion 5G subscriptions, according to a new forecast in the Ericsson Mobility Report.

The total number of mobile subscriptions in the third quarter of this year was about 8 billion, with 61 million added in the quarter, growing 3% from the previous year.

The number of mobile broadband subscriptions grew 10%, increasing by 120 million in the third quarter.

Subscriptions associated with smartphones now account for about 70% of all mobile subscriptions.

More than half (52%) of mobile subscriptions are now for LTE.

By the end of 2019, 13 million 5G subscriptions are estimated, with a large number in China.