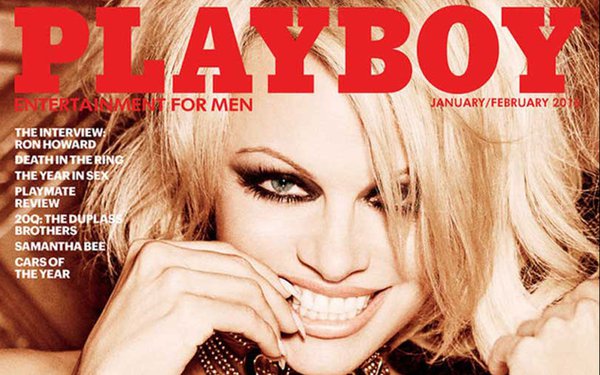 Playboy will suspend regularly printing its magazine, after a nearly 70-year run.

The company says the COVID-19 virus has affected content production and supply chains, worsening already-declining newsstand sales. “We were forced to accelerate a conversation we’ve been having internally,” Ben Kohn, CEO of Playboy Enterprises, wrote in a post on Medium.

The spring 2020 issue hitting newsstands now will be its last.

Playboy will transition to a “digital-first publishing schedule,” Kohn noted, adding the company intends to bring back a print product in some form next year.

“It’s no surprise that media consumption habits have been changing for some time — and while the stories we produce and the artwork we showcase is enjoyed by millions of people on digital platforms, our content in its printed form reaches the hands of only a fraction of our fans,” Kohn wrote.

Last year, Playboy’s print magazine relaunched as a quarterly, down from six times a year.

Kohn claims the Playboy business had over 50% growth in engagement on its social channels in the past six months. The company grew digital video subscriptions by almost 30% year-over-year, he added.

At its height, Playboy sold over 7 million copies a month on newsstands.

Its founder Hugh Hefner died in 2017; his son Cooper Hefner left the company in April 2019.

The Sacramento News & Review, a free alternative weekly in Chico, California, also announced it will be suspending publication and laying off employees.

“Over the last 30 years, we have financed SN&R with advertising, mainly from local businesses promoting social gatherings at concerts, theaters, galleries and in bars and restaurants,” president and CEO Jeff vonKaenel wrote in a letter posted on the Sacramento News & Review website.

“The coronavirus-related shutdowns, postponements and cancellations are having a huge impact on these advertisers and our local economy,” he said.

Nightlife has ground to a halt in San Francisco, currently under a “shelter-in-place” order. Only essential businesses are allowed to remain open, in an effort to contain the spread of the COVID-19 virus.

vonKaenel said nearly the entire SN&R staff has been laid off, “we hope only temporarily.”

vonKaenel urged readers to donate to the Sacramento News & Review, but he admitted: “This could be the end.”

Another publication in California, the nearly 120-year-old Sunset magazine, has laid off a large number of its staff, according to The San Francisco Chronicle. In an email Tuesday night, Sunset’s owner announced employees would be put on unpaid leave until April 3.

Employees told The San Francisco Chronicle that advertisers had been pulling out due to the coronavirus.