Now It's NFL's Turn To Come Back Amid COVID-19 Pandemic 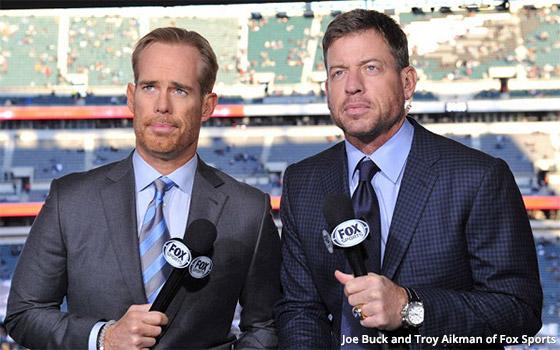 TV’s biggest attraction comes back in earnest this weekend surrounded by questions.

The attraction is, of course, the NFL, whose games have long been considered the sturdiest tentpoles in the TV universe, literally supporting network television in ways that nothing else can.

This sets the National Football League apart from the other professional sports leagues -- the NBA, Major League Baseball and National Hockey League -- that have already returned this year.

As attractive as those sports franchises are as televised events, they are not on par with professional football.

All three of those leagues are having abbreviated seasons, with the NBA and NHL having their seasons this summer, a time of year in which they are traditionally inactive.

Both leagues moved quickly from their short seasons to the playoffs, which are now well underway.

Major League Baseball started its season on July 23, well after the traditional All-Star Game midpoint of a normal baseball season.

The NFL’s 2020 season started officially on Thursday night with the Houston Texans visiting the Kansas City Chiefs on NBC.

This year’s start is about a week later than usual -- or two weeks depending on the calendar year. There were no preseason games this summer.

This weekend will bring the usual array of Sunday afternoon games on CBS and Fox (represented by booth announcers Joe Buck and Troy Aikman, above), followed by a Sunday night game on NBC.

Disney-owned ESPN is scheduled to start its “Monday Night Football” season next week (on Sept. 14).

With all due respect to “Wheel of Fortune,” the NFL is the real “America’s Game” (a phrase used so often on “Wheel” that the phrase is trademarked).

As such, the NFL’s games this season will reflect aspects of the world outside of football that are current right now -- namely, the COVID-19 pandemic and the Black Lives Matter movement.

Questions surrounding the health of the NFL as a television attraction, and its ability to retain its traditional mass audience, stem from those issues.

Like the other sports, football games will be played with all sorts of illness-prevention protocols in place for the protection of players, coaches, officials and others for whom working remotely is not an option.

One COVID protocol that cannot be adapted for football play (or any of the major sports) is social distancing. Obviously, this is not possible in a contact sport like football.

According to reports, some football stadiums will have at least some fans in attendance, and others will not. Those that will have fans will have them seated with the requisite spacing between them.

Thus, the football-game ambience that arises from the presence of crowds and the noise they make will largely be absent from the game telecasts.

According to some reports, some networks might add pre-recorded crowd noises to sweeten the sound. Whether the ambient noise is real or fake, this alone should not have an adverse effect on viewership.

The NBA, for example, has no fans in the stands, and those games are reportedly doing well. Expect the same thing for football.

More uncertain is the NFL’s planned embrace of the Black Lives Matter movement. Here too, the NBA has done the same thing, with little perceived damage.

Football, however, has grappled differently with the issue of race and more specifically, on-the-field protests by players who decide to kneel on the sidelines during the playing of “The Star-Spangled Banner” or sit it out altogether.

For the last couple of seasons, the NFL appeared to waffle in its response to these protests -- leaning more toward preventing and prohibiting them than encouraging and allowing them.

In years past, the protests have led to speculation that portions of the NFL’s traditional core audience will take offense at the sport’s involvement in a political movement that they see as dividing the country.

Whether such people abandoned the sport they love over the past few seasons remains an open question.

It remains an open question this weekend.