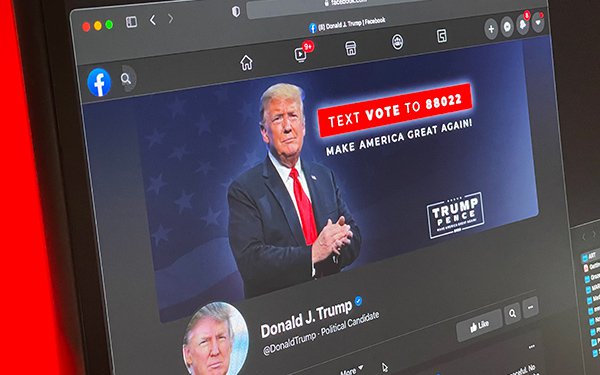 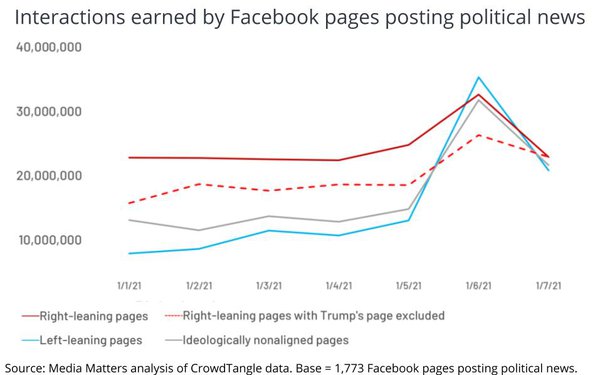 Media Matters compiled a list of 1,773 Facebook pages from January 1, 2020 to August 25, 2020. The list consists of 771 conservative pages, 497 ideologically nonaligned pages, and 505 liberal pages. Previously, the analysis found that conservative, nonaligned and liberal each took one third.

In a previous study of engagement from political pages on Facebook, conservative content accounted for 45% of total interactions — between January 1 and December 15, 2020.

In October, Media Matters conducted a similar analysis during the four-day Senate-led hearings to consider President Trump’s Supreme Court nominee Amy Coney Barrett. During that time, conservative pages on Facebook dominated the content around the nomination.

The company analyzed more than 12,700 posts from political pages from October 12 to October 16, and found the top-performing content was almost exclusively from conservative pages. Five of the top 10 posts were from Fox News, and two were from Trump’s official Facebook account.