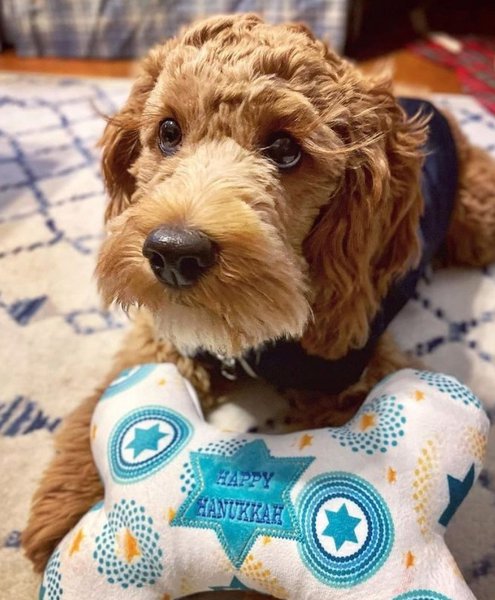 Chewy is finally making its play into the pet insurance arena, announcing that it will team up with Trupanion to offer coverage to its 20 million customers.

The ecommerce pet giant, based in Dania Beach, Florida, has been clear on its intention to expand, as it looks for more ways to help pet owners feel good about their critters’ health.

Observers, noting that very few of America’s pet owners currently have insurance, believe it could be a powerful growth category for Chewy.

Only about 3% of U.S. pet owners currently have insurance, says Wedbush Securities. That means there’s plenty of room to grow. Heading into the pandemic, an estimated 67% of U.S. households, or 85 million families, had a pet, according to the American Pet Products Association. That’s since risen to 70% in the most recent year -- an all-time high, driven by the stampede for furry friends during COVID-19.

Chewy’s exclusive offers are set to include both preventative care wellness plans and comprehensive insurance for accidents, illnesses and chronic conditions, starting this spring. It will use Trupanion’s software to pay veterinarians directly, reducing out-of-pocket expenses and increasing access, with care teams available 24/7.

“The launch of customized care plans specifically designed for our customers is an important enhancement to the Chewy Health ecosystem, advancing our mission to make pet healthcare more affordable and accessible for all pet parents,” says Mita Malhotra, vice president and head of Chewy Health, in its release.

Trupanion is already a leader in the category, with over 600,000 pets enrolled. But it’s a crowded field, with companies like Nationwide, Petplan, Healthy Paws and Figo all competing.

Seth Basham, who follows Chewy for Wedbush Securities, writes that there is plenty of room to expand the estimated $2.2 billion U.S. pet insurance market. In the U.K. and Australia, for example, a quarter of pets are insured, compared to America’s 3%.

He says the much-anticipated plan could be a way for Trupanion to improve its market share and lower the cost of customer acquisition, as well as make money for Chewy. Moreover, “driving pet insurance penetration could help make Chewy customers more loyal to its platform,” he writes.

Basham also thinks there may be longer-term potential to create a preferred network of vets, leading to additional monetization.

Still, Basham downgraded his recommendation of Chewy to “neutral” earlier this week. “This dog isn’t running as fast,” he writes, with the site’s number of active users trending downwards. At the same time, he upgrades Chewy rival Petco from “neutral” to “outperform.”

“Chewy is well-positioned to capture market share given a long-term secular channel shift in the pet retail industry,” he writes, but adds he now expects growth below consensus. “Net active customer growth has disappointed in the first half of the year, and we expect further disappointment in the second half.”