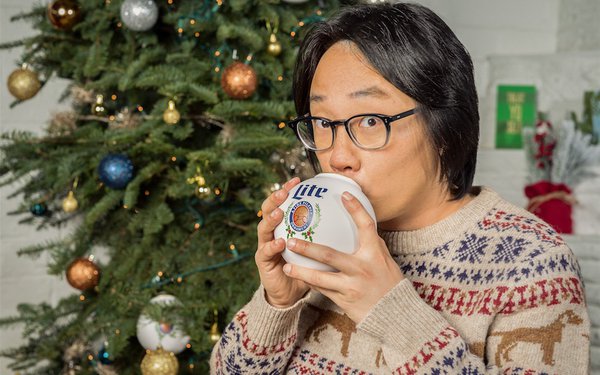 Fresh from selling out its supply of Christmas “Beernaments” between Dec. 7 and Dec. 16, Molson Coors’ Miller Lite will turn its focus to New Year’s Eve by offering a rebate on six-packs purchased between Dec. 26 and Dec. 30. The aim, the brand said, is for consumers to avoid purchasing beer on New Year’s Eve itself, thus allowing smaller retailers to be “Closed for Miller Time.”

The upcoming offer is good on Miller Lite six-packs of all types, but not on its now-discontinued six-pack of Beernaments. Costing $19.75 and only available from the Miller Lite online store, these six-packs didn’t include beer, but were designed to snugly hold eight-ounce cans of Miller Lite.

The brand wouldn’t say how many Beernaments were sold, only that there were on average 5,000 users waiting to purchase Beernaments at the time sales began daily. Each daily allotment sold out in under two minutes on average, Miller Lite said, with nearly 10% of buyers first-time shoppers at its online store.

The Beernaments concept was co-created by DDB Chicago, DDB San Francisco and Alma.  Edelman and UEG then brought in actor/comedian Jimmy O. Yang for a Beernaments video that ran on both Yang’s and the brand’s social media channels.

For “Closed for Miller Time,” targeted at 24- to 45-year-old Latinos, Miller Lite has partnered with singer J Balvin for a campaign using social channels (via Volt), earned media and paid influencers (ICF Next).

To claim their rebates, consumers will be asked to upload their receipts from the purchase of a Miller Lite six-pack.

The purpose, according to a press release, is “so locally owned businesses can take the night off and enjoy much-needed Miller Time with their loved ones.”

However, while a publicity photo shows Balvin posed in front of a retailer sporting a “Closed for Miller Time 12.31.21” sign, the brand is not actually working directly with small businesses for the campaign.

Instead, it’s donating $50,000 to the Accion Opportunity Fund, which provides affordable capital, educational resources, coaching, and networks to small business owners. Since teaming up with Balvin in August for a bodega takeover and limited-edition cans, Miller Lite said it’s now donated $100,000 to the nonprofit.

And, while Christmas and New Year’s may be over in 10 days, Miller Lite has already turned its promotional efforts towards January pro football mania by launching a Pro Football Hall of Fame sweepstakes.

Running through Jan. 14, the promotion will award three grand prizes of a three-day trip to the Pro Football Hall of Fame in Canton, Ohio., 100 first prizes of a co-branded jacket and beverage wrap, and 100 second prizes of a virtual game day “chalk talk” with a Hall of Famer.

In August, Molson Coors and the Pro Football Hall of Fame announced a partnership to work together on national advertising campaigns, consumer promotions, retail point-of-sale displays, packaging and other initiatives.