Peloton Spins On The Amazon Rumor-Cycle 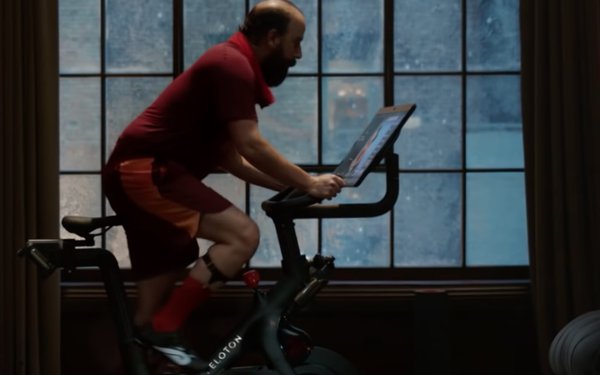 Will it be Amazon or Apple? Maybe Nike or Disney? It’s too soon to say, but it looks like Peloton, still reeling from shockingly disappointing results posted earlier this month, may soon ride into a new owner’s arms.

Rumors have been buzzing all weekend since the Wall Street Journal reported on Amazon’s interest, with others suggesting that Nike, Disney, Apple and Lululemon might also swoop in to buy the struggling Peloton.

On Jan. 20, the company reported preliminary quarterly revenue of $1.14 billion and said it had connected fitness subscriptions of 2.77 million, slightly below forecast. But what rocked observers were reports that as more people headed back to the gym and fitness studios, demand for Peloton’s products had fallen so sharply that it was halting production of its bikes and treadmills. It had already cut its forecast by $1 billion back in November.

Within days, activist investor Blackwells Capital called on Peloton to fire John Foley, its CEO, and look for a buyer that would “fully maximize value of Peloton’s brand, team, customer base and technology.”

Citing what Blackwells calls Foley’s “multiple leadership failures,” it points out that the company’s stock price has fallen below the price of its initial offer.

The New York-based Peloton, worth some $50 billion a year ago, is currently valued at around $8 billion.

“Remarkably, the company is on worse footing today than it was prior to the pandemic, with high fixed costs, excessive inventory, a listless strategy, dispirited employees and thousands of disgruntled shareholders,” Blackwells says in a note to Peloton’s board of directors, signed by Jason Aintabi, Blackwells' chief investment officer.

The letter claims that Peloton could be “extremely attractive to any number of technology, streaming, metaverse and sportswear companies,” naming Apple, Disney, Sony and Nike.

The WSJ reports that Amazon is consulting advisers about a potential deal, which theoretically could line up well with its fleet-and-logistics arm. That could also include bundling Peloton subscriptions with Amazon Prime -- which would give Amazon plenty of data about Peloton members at a time when it’s looking to expand its health and wellness offerings.

Of course, many companies are looking to move more deeply into the wellness space.

Bloomberg, which cites Amazon and Nike as reported suitors, says any deal with a tech company is likely to face heightened regulatory scrutiny.

“We would be shocked if Apple is not aggressively involved in this potential deal process,” writes Daniel Ives, an analyst who covers Apple for Wedbush Securities. And with Peloton’s stock down more than 80% from its pandemic highs and America’s appetite for home workouts waning,  “we believe there will be a handful of technology and consumer brand stalwarts circling for a potential bid with activists also pushing a sale.”

For Apple, “acquiring Peloton would be a major strategic coup and catalyze the company's aggressive health and fitness initiatives over the coming years.”

Peloton is scheduled to report its quarterly results Tuesday.