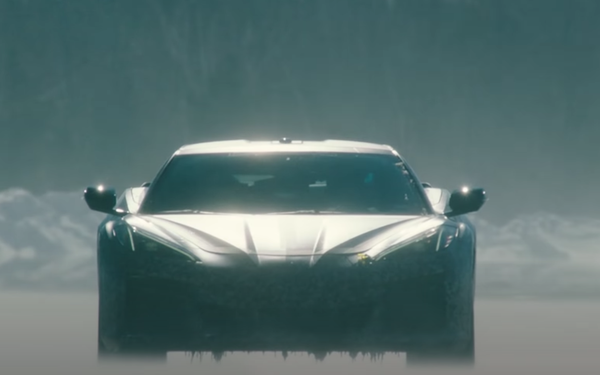 A top General Motors executive teased an electric Corvette on social media while the automaker separately asked its suppliers to sign a pledge committing to advancing global climate action and human rights.

This morning, GM President Mark Reuss posted on LinkedIn that the automaker will offer a yet-to-be-named electrified Corvette as early as next year.

The post also detailed a patented onboard system that takes the heat generated by EV batteries and uses it to warm the cabin, creating more efficient charging conditions, increasing vehicle acceleration and boosting the vehicle’s range by about 10%.

The Environmental, Social and Governance Partnership Pledge calls for social and governance commitments, such as human rights protections and fair operating practices.

Those who sign the pledge will be monitored by EcoVadis, a third-party assessor that evaluates how well a company integrates the principles of sustainability and corporate social responsibility into their business and management system.

“There are economic and social imperatives in lowering emissions and addressing climate change while cultivating a just transition,” said Jeff Morrison, GM vice president of global purchasing and supply chain, in a release. “As we accelerate toward our vision of an all-electric future, our commitment to bringing everybody along includes our global suppliers, whose collaboration is critical to promoting a sustainable, safe and better world.”

Working with suppliers to reduce their greenhouse gas emissions is part of GM’s strategy to reduce its own overall carbon footprint and accelerate toward an all-electric future. In early 2021, GM set targets to become carbon-neutral in its global products and operations by 2040.

The company is working toward a transition to 100% zero tailpipe emissions for new light-duty vehicles by 2035. GM also announced the acceleration of its renewable energy goal to 2025 in the U.S. — 25 years ahead of the original target.

Notably absent from the agreement were the world's top two automakers, Toyota and Volkswagen, along with Stellantis, Honda, Nissan, BMW and Hyundai.