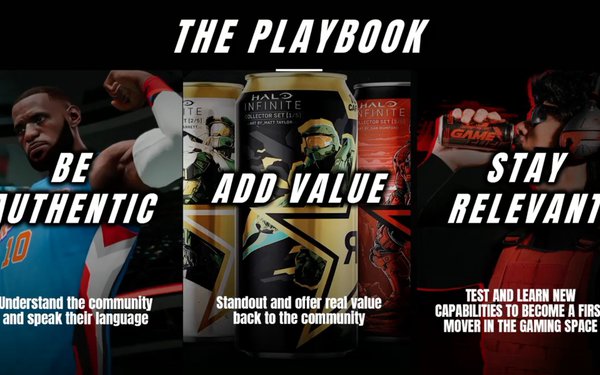 Connecting and resonating with the esports community is a three-part strategy that requires authenticity, added value and staying relevant through testing and learning, according to what PepsiCo Inc. is calling its gaming playbook.

Gamers are 27% more likely not to subscribe to ad-supported networks, 50% don’t have a cable television subscription,and 60% use ad blockers “So for us, the traditional PepsiCo model for how we reach our consumers frankly doesn’t work for these particular consumers," Mascali added.

As a longtime sponsor of the National Basketball Association for its Mtn Dew, Gatorade and Ruffles brands, the series of simulated basketball video games called NBA 2K was a natural, authentic partnership for the company.

Last year, PepsiCo had 11.5 billion ad impressions in NBA 2K “and 79% of players actually felt that some of our brand integrations made the game more realistic,” Mascali noted.

Mtn Dew Game Fuel realized the benefits of adding value to the gaming experience when “we struck complete gold” as a partner with Tour Of Duty, said Harter.

“We delivered codes on-pack that unlocked double experience points for consumers. It caused an absolutely frenzy at retail. That was one of the most successful in-store promotions in the history of the company across any brand.”

To stay relevant to gaming audiences, in 2019 Game Fuel’s ingredients were reformulated and its cans tweaked to offer a “tactical grip” for gamers and a special opening to prevent spills.

“It’s not just a soda or energy drink, but truly a functional beverage with ingredients shown to promote accuracy and alertness—with the right combination of caffeine and theanine,” Mascali said.

As for influencers, “Their fandoms are insane,” he added. “They can command tens of thousands of people watching them on a consistent basis just playing Fortnite or Warzone.”

When Game Fuel enlisted video-game streamer DrDisrespect to promote the beverage with lyrics that include “created for gamers like you and me,” the brand “let him take full ownership: creative development, treatments, production, recording the song,” Mascali said.