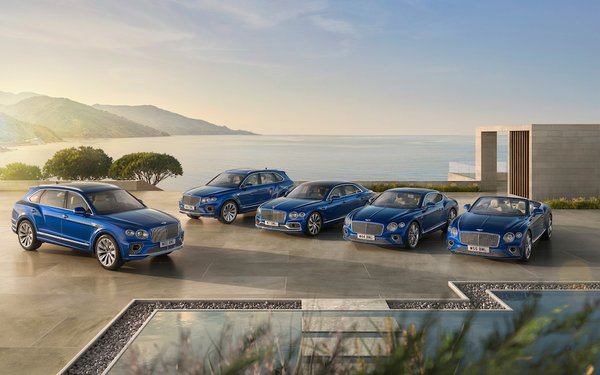 Editor's Note: This story corrects the name of the new agency to iX and includes additional information about its formation.

Bentley Motors is aiming to “transform” its agency partners across the marketing mix with the goal of evolving the brand.

The Volkswagen Group luxury brand announced the appointment of Interpublic Group to lead its creative and strategy. Minneapolis-based Solve was previously named lead agency in 2013.

IPG has created a new bespoke agency, iX, which is headquartered in London and will initially include about 40 employees. It will be led by Simon Bond, executive client sponsor, senior vice president of Interpublic Group.

"The team will comprise a significant number of people who, due to UK employment legislation, will transfer from the incumbent agency partner for Bentley Motors, which is outside of IPG," according to a Bentley spokesperson."In addition, further skill set hires are in progress from specialist agencies, together with existing resources drawn from across the global IPG network."

The new agency will help the automaker evolve its digital-first strategy, he adds.

The automaker aims to move its marketing “beyond cars to encompass areas as diverse as sustainable architecture — for example Bentley Residences Miami — interior design and furniture, luxury goods, philanthropy and digital offering including NFTs,” Hohmann says.

The brand, which recently launched its first NFT offering, spent $311,647 on measured media advertising in 2021, according to Kantar Media.

The new agency will lead the execution of brand campaigns and product launches as well as asset production, brand storytelling, social and digital marketing activation.

The automaker also recently appointed Set Creative as its experiential partner in charge of developing a global strategy for luxury brand experiences.

The agency’s expertise in the luxury sector will support Bentley’s increased emphasis on reaching new audiences through earned media, according to the automaker.

The agencies have demonstrated a deep understanding of the automotive industry, as well as luxury brands and customer behavior, says Steven de Ploey, director of strategy, product and marketing at Bentley Motors.

The automaker has announced plans for full electrification across its product range by 2030 with the goal of becoming an end-to-end carbon neutral organization. The plans fall under the Beyond100 strategy it announced in 2020, which includes "a transformation of every aspect of its business."