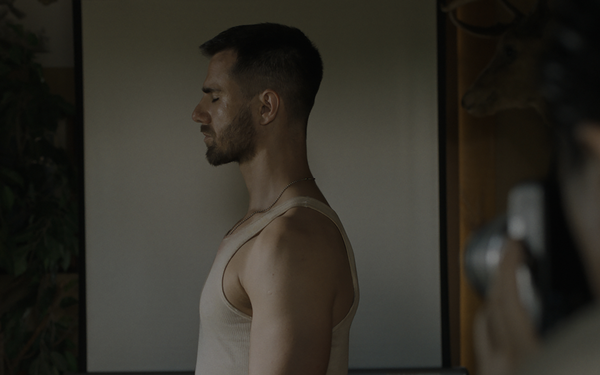 With Halloween approaching, here’s a scary thought: The societal stigma associated with HIV has not gone away, even some four decades past the AIDS crisis of the 1980s.

Now, a short film titled “Others” uses fear as a means to spur conversations rather than stigma.

Past #SmashStigma activations have included HIV-themed re-edited shorts of “Friends” and “The Office,” a pop-up restaurant where all the chefs were HIV+, and “June’s,” a short documentary about that restaurant which ran on HBO Canada.

Currently streaming free at smashstigma.ca and on YouTube, Casey House hopes to get “Others” onto Canada’s Crave streamer or other TV services and entered into film festivals, chief executive officer Joanne Simons tells Pharma and Health Insider.

“Stigma has many faces” is the tagline in film promotional materials.

“The stigma comes from fear and not knowing,” McPherson says in a talking heads section tacked on to the end of the tense film, which involves a rural area afraid of blood contamination from an unknown terror, plus the tropes of a nasty law enforcement figure, a flat tire, a mysterious stranger who gives the driver a ride, and vigilantes.

Stigma is “the most significant issue our clients face,” explains Simons. “They’re dealing with a tremendous amount of medical challenges, but the one thing that we can’t solve with medication and care is the stigma that they receive from the community….The film drives people to really having a conversation about HIV and stigma.”

Casey House’s three agencies “spent a lot of time getting to know our population and wanted to make some really bold moves in terms of trying to draw conversations within the public about HIV,” she says.

“Others” is being promoted through digital out-of-home provided by media partners, Simons notes, plus social media from influencers, activists and the film’s actors in the US, UK and Canada.

According to Canada’s The Positive Effect, 80% of people living with HIV in the country have concerns about disclosing their HIV status due to stigma.

“Others” can help, according to Dr. Joseph LeDoux, professor of neuroscience at New York University, who is quoted by Casey House in its announcement about the film: “Horror films are capable of triggering strong emotional reactions related to fear…The unique power of horror films is that they bring on an immediate response in a relatable and engaging way in a safe setting.”