Mpox: The WHO Rebrands Monkeypox 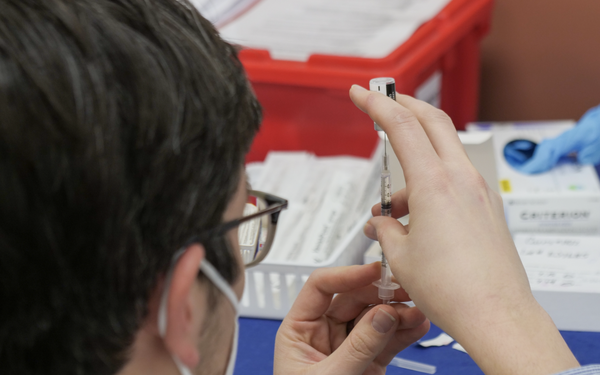 Citing the use of “racist and stigmatizing language online” following the worldwide outbreak of monkeypox this past May, the World Health Organization (WHO) said it will phase out use of that name over the next year in favor of the newly coined “mpox.” It urged others to do the same.

“In the United States, the request seems to be arriving late,” said The Atlantic. “The outbreak here has been in slow retreat for months—and has already left many Americans’ minds.”

NPR pointed out that while WHO names diseases, the names of the viruses that cause diseases are determined by the International Committee on Taxonomy of Viruses, which has no current plans to change the name of “monkeypox virus.”

Monkeypox in humans was given its name in 1970 after the monkeypox virus itself was discovered in captive monkeys 12 years earlier -- and 35 years before WHO published  its “best practices in naming diseases.” Such names, WHO said, should “minimize unnecessary negative impact of names on trade, travel, tourism or animal welfare, and avoid causing offence to any cultural, social, national, regional, professional or ethnic groups.

Critics of the “monkeypox” name had called it discriminatory, stigmatizing and geographical, leading to the WHO’s rebranding efforts.

The New York Times cited another problem with the monkeypox name. Although first discovered in a group of monkeys, those animals “have almost nothing to do with the disease and its transmission,” with rats being “the most likely animal reservoir for the virus."

But the cause of this year’s outbreak was human-to-human sexual behavior, mostly by gay and bisexual men. That led at least one group -- the AIDS Healthcare Foundation -- to declare that homophobia rather than racist stereotypes tied to where monkeys live was monkeypox’s real stigma,  far more damaging to public health efforts to combat monkeypox than the name scientists assigned to the virus decades ago.”

health, health care, pharma
1 comment about "Mpox: The WHO Rebrands Monkeypox".
Check to receive email when comments are posted.
Next story loading