Changing Of The Creative Guard At AKQA 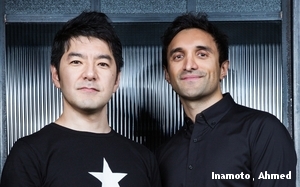 Before his new appointment, Rei directed AKQA’s work in the USA and Asia.

The shop also said that it has promoted Duan Evans to International Executive Creative Director. In his new position, Duan will take on responsibility for all creative work across Asia and South America, while maintaining his current role in Europe.

AKQA CEO Ajaz Ahmed said: “Rei and Duan consistently demonstrate remarkable creative inspiration and are driven by imaginations that have no boundaries.”