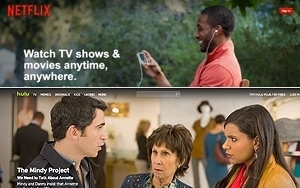 Nielsen will begin measuring premium streaming video TV programming from Netflix and Amazon starting next month, according to a report.

Nielsen will analyze audio from digital over-the-top platforms -- without the cooperation of streaming services. The story was first reported in The Wall Street Journal.

Subscription video-on-demand services have declined to publicly disclose their viewership, much to the chagrin of TV programming analysts and other executives. Top online original series include Netflix’s "House Of Cards" and "Orange Is The New Black" and Amazon’s "Alpha House."

She says the decline in traditional TV ratings can be attributed to four factors -- three are declines coming from alternative media/programming usage and “one is due to a Nielsen methodology change.”

One key shift, she says, is the result of audiences going to time-shifted digital content, including both SVOD (subscription video on demand), such as Netflix, and digital properties distributing traditional television programming, such as Hulu, which are not included in the current TV ratings.