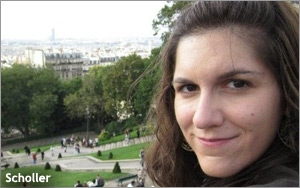 Identifying the offline impact to online advertisements seems to be one of the biggest challenges these days for search engine advertising -- so much so that solving the dilemma won Susan Scholler, senior associate director of search media at iCrossing, more than a nod from Google.

The Google Search Excellence Awards are presented annually to the top individuals at Google's partner advertising agencies to highlight excellence in work and thought leadership in search marketing. The award is based on nominations from Google's sales teams, and winners are selected by a panel of Google sales management.

The nomination that won the award for Scholler focuses on one client in particular. The strategy requires measuring the offline impact of search engine advertising and connecting it back to the keyword level.

Sometimes it's a matter of perception and finding the correct way to describe the connection. "A big challenge was helping everyone understand that's it's possible to connect the two," Scholler said.

The action required partnerships with companies like Epsilon, as well as technology like cookie matching, and tracking back in-store transactions to individual clicks, all though anonymize data.

Aside from recognition, the winner had the opportunity to attend an event in Chicago on a boat -- the event titled Googlepalooza Chicago 2015.

Eric Rodgers, co-founder of Burlington-based Direct Access Digital, also is one of 12 people across North America to receive the annual award for the second consecutive year.