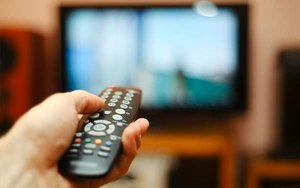 A strong majority of TV consumers want to pick the channels for their pay TV packages -- and to pay around $40 per month.

A new survey by Digitalsmiths, a TiVo-owned discovery/search TV company, says 73.6% of respondents want “skinny” TV packages -- around 18.4 channels -- and pay an average of $40.56 a month.

Typical large-pay TV packages can include 100 to 200 channels and can cost consumers anywhere from $80 to $120 a month.

But since many skinny pay TV providers don’t offer individual channel selection, DigitalSmiths also surveyed respondents for different packages of some 15 channels -- some with more traditional-skewing networks and others with a focus on sports, while still others emphasize smaller channels.

The top package here, tallying a 35.4% score, is a group of channels priced at $35 a month that focuses mostly on young viewers, as well as a few older-skewing networks: Nickelodeon, Fuse, Cartoon Network, VH1, BET, Fusion, Univision, WE TV, Ovation TV, and Esquire Network.

The second-best package, at 26%, included older-skewing networks and is priced at $39 a month: TBS, USA Network, FX, Discovery, Fox, AMC, CBS, and The Weather Channel.

Digitalsmiths' survey of 3,120 consumers 18 years and older in the fourth quarter of 2015 was produced by a third-party survey service.