In Asia/Pacific, Screen-Switching Is Strong (And Don't Discount Desktop) 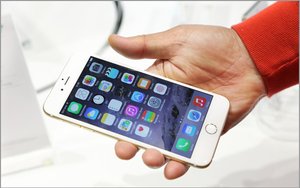 More than half of Asia/Pacific multi-device owners switch between three or more screens, according to cross-screen ad startup Appier.

Other highlights from the Taiwanese company's report include:

-- Half or more multi-device owners switch between three or more screens in Australia, Japan, Korea, the Philippines, Singapore and Taiwan.
-- In Australia, 59% of multi-device users switch between 4 or more screens.
-- Mobile phone far outnumber tablets and PCs in the countries studied. On weekdays, for every active PC there are 6.4 active mobile phones ("active" meaning that it's powered on and connected to the internet).
-- Women are 14% more active on tablets than men on average across the region. Men are 4% more active on smartphones than women, on average.