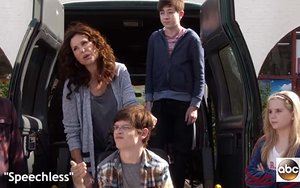 With a new ABC programming chief in charge and lots of work to do ratings-wise, the network is starting up nine new series this season.

New President of ABC Entertainment Channing Dungey, who signed on the job in February and replaced Paul Lee, has scheduled five of the nine new series for the fall -- the most for any TV network so far, affecting four weekday nights of the week.

Much of the development of new shows was given the go-ahead by her predecessor.

Dungey said, “I didn’t have a hand in ordering these pilots -- I did have a hand in the development and the advocacy of the drama pilots. But the schedule very much reflects my sensibilities about where I believe the network is and where we want to be going.”

This weak performance comes against networks with strong sports programming, especially the NFL: CBS and NBC in prime time; and CBS and Fox with Sunday afternoon NFL games that provide strong lead-ins to prime time programming.

Still, ABC touts the best 18-49 results when looking at all non-sports programming, having seven of the top 20 shows in broadcast TV: “Grey’s Anatomy,” “How to Get Away with Murder,” “Modern Family,” “Scandal,” “The Bachelor,”  “Quantico” and “The Goldbergs.”

For Mondays, ABC is starting up “Conviction,” about a lawyer who accepts a job offered by her district attorney adversary to avoid jail time. It goes at 10 p.m. after “Dancing with the Stars.”

Wednesdays also get a lot of revision, including two new shows. First, at 8:30 p.m. is “Speechless,” about a mom (Minnie Driver) on a mission to do anything for her husband. Later than night at 10 p.m., a new drama, “Designated Survivor,” stars Kiefer Sutherland in a conspiracy thriller. “The Goldbergs” gets a new time on the night, at 8:00 p.m.

New mid-season shows include two dramas: “Still Star-Crossed,” a period drama from Shonda Rhimes, picks up where the story of Romeo and Juliet ends. “Time After Time” is an H.G. Wells time travel adventure show when science fiction writer Wells is transported to modern day Manhattan to pursue Jack the Ripper.

Comedies include “Downward Dog,” about a struggling young woman and her and philosophical dog. In addition, there’s “Imaginary Mary,” about an independent career woman who meets the love of her life -- a divorced father with three kids -- at the same time tht her childhood imaginary friend suddenly reappears.

ABC will return two rookie shows from last season: “The Catch” (midseason on Thursdays) and “Dr. Ken” (on this fall on Fridays).